1 Tree Cards was born from the idea that the love sent through cards could be amplified to have positive effects around the world.

Every 1 Tree Card plants a tree through our partner charity, Eden Reforestation Projects; an amazing organisation whose planting projects act as a catalyst for good throughout communities.

We strive to be as eco-conscious as possible. Our cards and envelopes are 100% recycled and printed with vegan inks and renewable energy. Our optional compostable sleeves for retailers are made of corn and yam and are plastic free!

As an LGBTQIA+ owned and operated business, we felt the current cards on the market were limited and wanted to offer cards that could better represent our community. Our aim is to break the boundaries of conventional gender and sexual stereotypes. 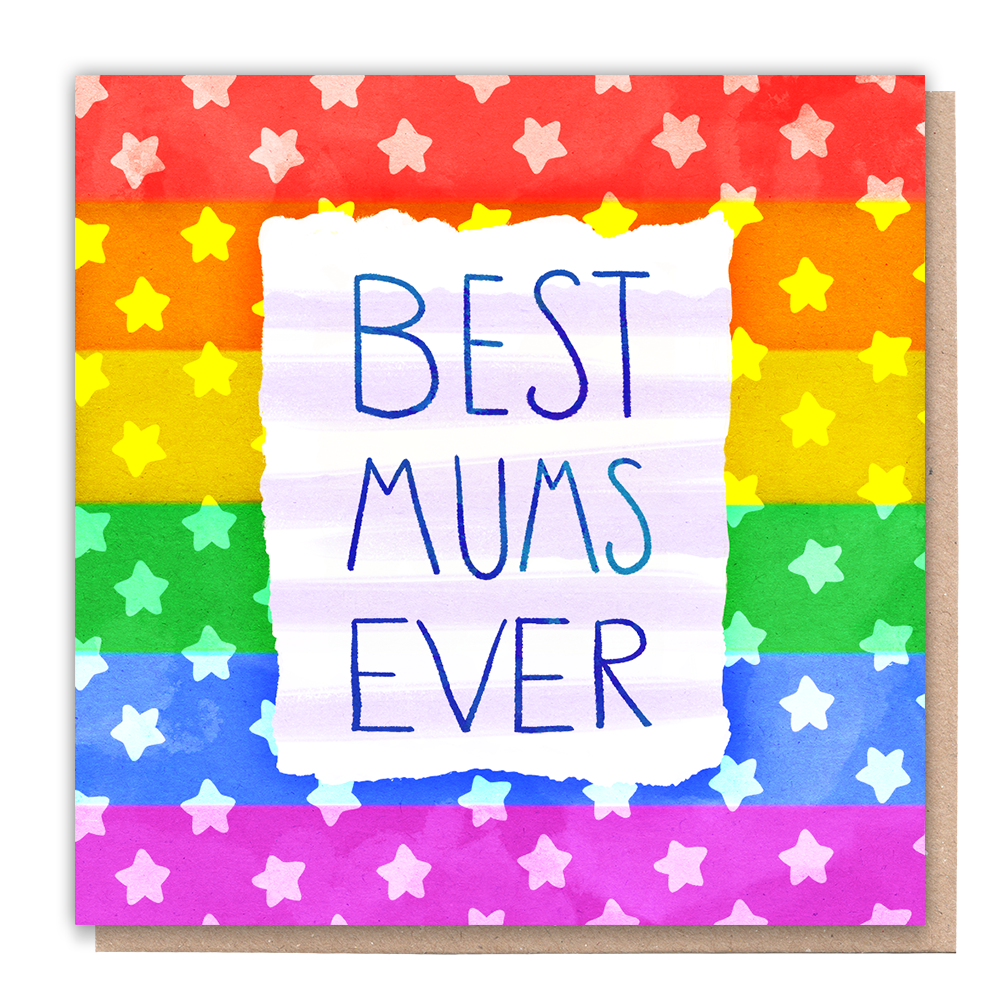 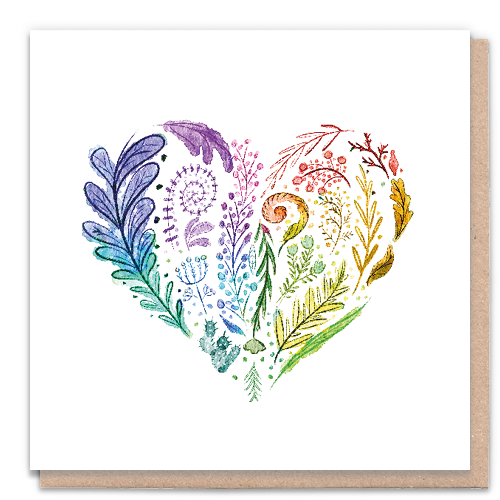 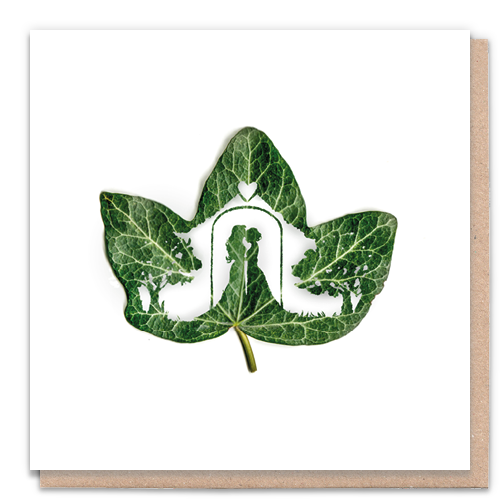 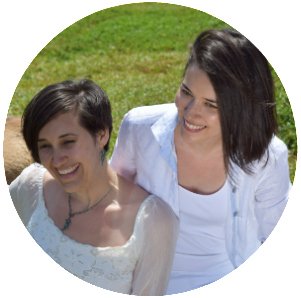 Co-founders and wife-duo, Bec and Michiko created the vision for 1 Tree Cards and are always trying to optimise the business to do as much good and plant as many trees as possible.

Bec is a graduate of Zoology (the study of animals, not of zoos!) and has since worked in marine biology, environmental & wildlife conservation, animal behaviour, commercial diving and recycling awareness. Michiko studied Philosophy at Uni and started her first online business in 2007.

In 2011, they spent 6 years living abroad while volunteering for non-profits. From going undercover in the illegal wildlife trade in Vietnam, to transporting dogs away from death row in the US, to managing a sanctuary in Thailand – they had an eventful time! Their online business was funding their stay and picking up the slack where donations were lacking. The contrast between the two really hit home – people were happy to spend money on products but securing donations was a struggle. That’s when they knew they wanted to start businesses that mixed purchasing power with helping good causes. Having started a previous business partnered with Eden Reforestation Projects and planting trees in 2015, the tree-planting bug had been caught! When they met Sylvain during a magical chance encounter, the idea for 1 Tree Cards was born… 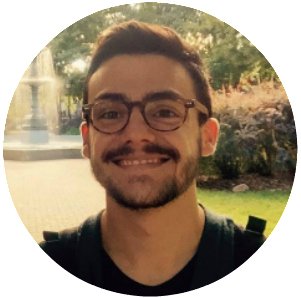 Co-founder Sylvain is the original and main artist here at 1 Tree Cards. He has created hundreds of beautiful designs as well as advertising and marketing media. We know him as our artistic wizard!

Sylvain is a former biotechnology engineer. He has worked in different structures (Science laboratories, L’Oréal and a food & nutrition communication agency) but after turning vegan in 2015, he became more conscious about the impact our consumption has on the planet and other species. He has been drawing since his childhood and is inspired by his big geek side (The legend of Zelda, Warcraft, Monkey Island…)

After quitting his last job, he travelled around the world for over 1 year doing WWOOFING, Workaways, Couchsurfing and meeting new open-minded people. During his time in Japan he met Bec & Michiko. Today, he is merging all his eclectic universes and has realised that nothing makes his heart beat more than illustrating noble causes (veganism, tolerance, empathy and peace).

Sarah is our Operations Manager and the person who keeps us all sane! She ensures the day to day smooth operations and keeps everything flowing. If you get in contact, you will likely e-meet Sarah.

Sarah is a graduate of Business Management and Public Relations and before having her son in 2018 she was working her way up the high street retail management ladder. When she decided to return to work she wanted to take a step away from the mainstream corporate route and find a home with a company where she could invest her passions for animals, kindness, inclusivity and everything eco. Along came 1 Tree Cards and the missing piece of the puzzle was found.

When she’s not running around after her 3 year old, she can be found wandering the countryside with her rescue pup Flo, baking yummy vegan goodies, filling her phone with photographs of nature or snuggled up on the sofa watching a good Sci-Fi series. 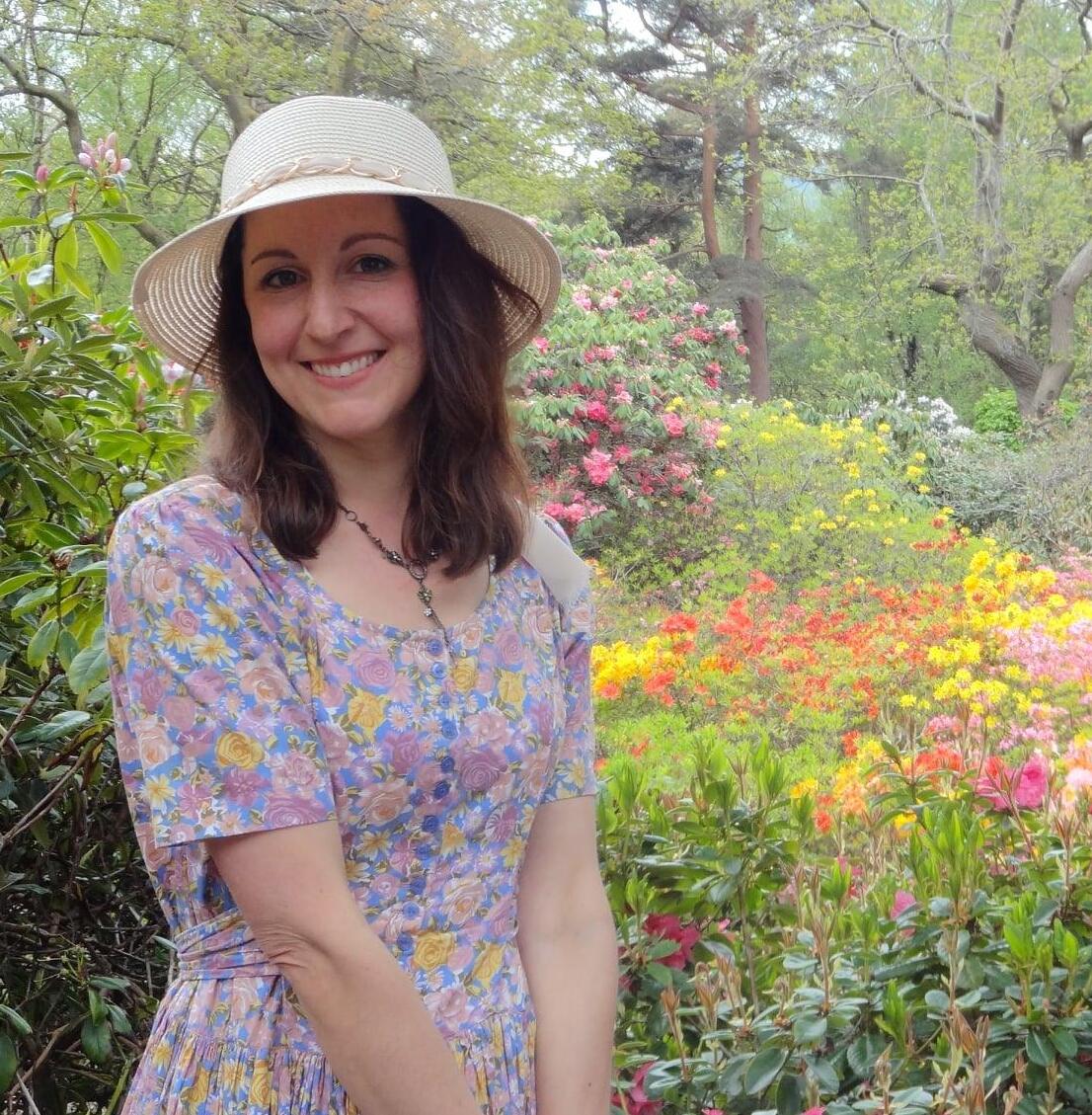 Nat is our Product Researcher & Admin Assistant. Her conscientious and keen eye for detail ensures that our supply chain and any new products we release align with our ethics and is constantly on the lookout for ways in which we as a business can improve.

Nat studied English Literature at Uni and has volunteered for many humanitarian, environmental and animal rights causes over the years. She spent her early adult years working in play and support work with children with additional needs. For the past ten years she has worked in two vegan worker co-operatives, helping people to take steps towards leading a more sustainable and caring lifestyle. She is particularly interested in researching ethical consumer choices because when we know better, we can do better.

In her spare time she is involved in various forms of activism from vegan campaign catering to co-organising an annual compassionate living event in her home county. Her activism has included everything from demonstrating how to make hummus at Glastonbury Festival to abseiling dressed in a moose costume, and many adventures in between.

When not volunteering she likes cosy things like reading, board games and coffee shops. Her favourite animal is the practically indestructible tardigrade.

This website uses cookies to improve your experience while you navigate through the website. Out of these cookies, the cookies that are categorized as necessary are stored on your browser as they are essential for the working of basic functionalities of the website. We also use third-party cookies that help us analyze and understand how you use this website. These cookies will be stored in your browser only with your consent. You also have the option to opt-out of these cookies. But opting out of some of these cookies may have an effect on your browsing experience.
Necessary Always Enabled
Necessary cookies are absolutely essential for the website to function properly. This category only includes cookies that ensures basic functionalities and security features of the website. These cookies do not store any personal information.
Non-necessary
Any cookies that may not be particularly necessary for the website to function and is used specifically to collect user personal data via analytics, ads, other embedded contents are termed as non-necessary cookies. It is mandatory to procure user consent prior to running these cookies on your website.
SAVE & ACCEPT